The Kingdom of Saudi Arabia is an Islamic Republic State that is highly commemorated by the Muslims across the Globe. It is regarded as the heartland of Islam where enormous throngs of religious visitors enter to perform their religious rituals of Hajj and Umrah This moderately Islamic Kingdom has wholeheartedly opened its doors of tourism for the Non-Muslim foreign visitors. These Visitors can freely roam the whole Islamic land but the Muslim holiest places of Islamic rituals are off-limits to them.

Modesty and Respect of Islamic Culture

As long as you follow the ethical codes of morality and modesty, you would have a splendid Saudi trip with all the pleasures you wish on your ideal trip.

Saudi Arabia has become a delightful treat for the visitors and the residents alike. Everyone in this country enjoys all sorts of remarkable facilities and benefits.

Saudi Arabia has become very advanced in the field of science and technology.  It possesses a really efficient and super-fast telecom system. It is amazing to see that this Islamic country is moving towards the 5 G technology with excellent mobile signals in its towns and cities.

80% of the Saudi population is using Smart Phones. So it would be easier to find Wi-Fi with strong network signals. Now You can enjoy even a Free WI-Fi in all the bustling public places like hotels, restaurants, malls, coffee houses.

Moreover, the internet speed of Saudi Arabia is simply excellent. According to the last year 2019 reports, the Country came on 14th in the world in terms of mobile Internet Speed and 54th for broadband internet.

Being an Islamic country, the Kingdom practices restrictions and reservations in Internet usage. It doesn’t let you reach the unethical internet content. It strictly monitors and blocks controversial, anti-Republic and pornographic sites. So make sure to have beneficial use of mobile internet in the country.

Like most of the European and the other countries, the mobile phones in Saudi Arabia operate on GSM system based on their own Sim Cards. It means that you have to use Saudi specified Sim Cards to contact with your fellows.

Use your Own Personal Phones

Yes, you can use your own Smart Phones wherever you roam in Arabia. But be mindful to purchase a Saudi Arabian Sim Card. Because the use of your own home country phone network is really very expensive. And sometimes, it becomes difficult.

The Saudi Sim Cards offer you many different affordable packages to enjoy in our own home phones which are impossible to get through your own home networks.

It is a popular Saudi Arabia based telecommunication company that offers landline, mobile, internet services, and computer networks. It was founded in Riyadh in 1998 and became a leading telecom since then. 80% of the Saudi Population has subscribed to its services. These subscribers are contributing about 73% of the company’s total revenue.

Saudi Mobily company is a Saudi Arabian telecommunication company that was established in May 2005. It is the most popular network in the country. In 2011, it became the first operator in the Middle East and Africa to launch 4G services

It is another leading mobile voice and data operating company in Saudi Arabia. It is the third mobile phone operator that entered in Saudi Market. It was established in Riyadh in 2008. It has got more than two million subscribers within 4 months of its launch

Along with these leading phone operating networks, there are other mobile phone companies that have entered in Saudi Arabian telecom market. These are London-based Virgin Mobile and Lebara. However, these are newly launched brands striving to create their considerable place in the Market.

In 2019, it is estimated that there were 20 million smartphones in Saudi Arabia. This estimation made the Kingdom the third-largest Smartphone Market in the World.

All the popular Smartphone brands are readily available in Saudi Arabia. The most popular and extensively used brands are obviously Apple, Samsung, and Huawei. The three leading companies have 34% 30% and 28% shares of the local smartphone market. So if you want to buy any new smartphone, you can buy directly from these three topmost companies in Arabia, just like you do in other European countries.

The Way to Get the Mobile Phone Services

There are many ways to avail of the mobile phone Sim Card services. The three leading Saudi telecom companies would lead you to subscribe to their services by phone or SMS or through their own designated app or website. But it is highly recommended to go directly to their stores to get complete information.

If you are a Saudi resident, you have to simply show your Iqama (Saudi Resident Permit) and provide them with all the basic details like your Name, Email, and Address.

When you provide them with this complete personal information. They install their services on your phones so you can use them within a few hours. 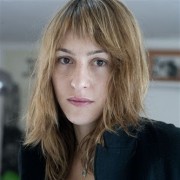 What is a+ certification?

Chocolate Hills of Bohol: Venture through the Eighth Wonder of the World

Nightlife of Dubai – An Ultimate Experience for First Timers